It has been a whirlwind beginning to this year as Jon has been the USA with our Stateside kids and family, including KKV founders, Paul and Eleanor Stern. (Jon visited daughter, Lydia) 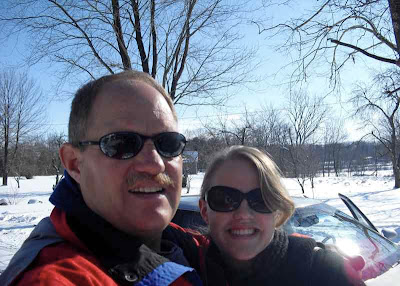 We have been challenged to think out of the box as we move forward in this year. One of those challenges is Sudan.
The call and cry of that nation, not yet born, is strong, especially in the area of education and particularly literacy. Saying that Sudan has not been born really highlights the plight of G.O.S.S. or the Government of Southern Sudan. Early next year (2012) they will decide by referendum whether or not they will become their own sovereign nation. All indicators are that they will overwhelmingly decide to become the 196th nation in the world.Their overwhelming need is education even though it is among many other needs that could mean the difference between survival and destruction. I was told by a leader in the GOSS that almost all leaders in government are ex refugees, because until recently almost all schools are only found in refugee camps. Large numbers of civil servants are also illiterate, including military and prison officials. 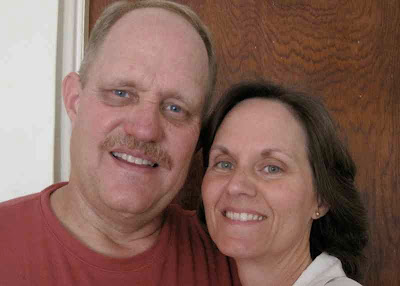 Jon (pictured here recently with his wife, Molly) is traveling to the Rumbek (Check it out on Google Earth) area of South Sudan this coming week to lay the groundwork for a literacy program by which we hope to teach up to 200 people to read and write before the end of 2010. Pictured below is our Sudanese group from church along with our missionary to Sudan, Silas, standing to the left. 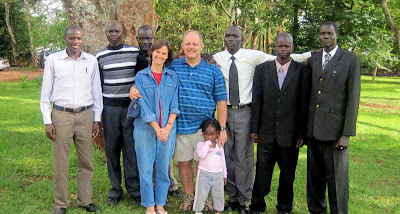 Please pray for Jon as he travels in a country marked by ethnic and clan violence. Pray for safety and for contacts which will facilitate the program. Also pray for our mom in Apartment C (Janet) who has been up there since October 2009 teaching literacy to prison wardens and military officers. Jon is traveling with her son in law, John Njeru, looking for opportunities to be a blessing to Southern Sudan…