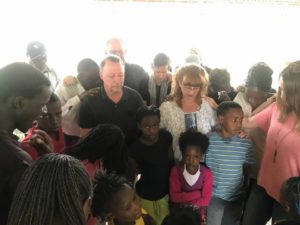 I don’t know why, but this last year went by very fast. We were in the US for Christmas till mid January, 2017 and before you know it, we are celebrating Christmas again. As fast as 2017 went, it was a meaningful year. We had new experiences at KKV with over 20 of our kids taking one or the other national exam. The end of 2017 also marked the end of an era at Kings Kids Village. Our dear friends and fellow laborers at KKV (Jim and Sue Christie) got promoted in ministry. They have felt the nest stirring under them for a while and the Lord moved them to a new work to Kenya. They not only moved on, but also moved out of Nairobi, to Eldoret, a growing metropolis in Western Kenya. Last week, we had the privilege of helping them move. It was a whirlwind trip with some surprises along the way. All in all, we are happy as we miss their hands and hearts at KKV and learn to adjust the team…some pretty big shoes to fill.

Replacing Jim in the office is Molly and a new-comer to the KKV Staff (officially anyway), our son in law, Tray. Tray is a lot of things Jim was not, but the reverse is also true. Please pray for the adjustment period. Grace… Replacing Sue in KKV School as our new Principle is Tonya Kibogi, (Picture coming) a longtime friend and Staffer as a teacher at KKV. Please do pray for the transition time as we move into a new phase of KKV life. We now have exactly ten young adults, 18 and over at KKV. We need much wisdom in helping them turn the corner into full adulthood.

Please pray for Molly as she juggles even more than she had on her plate before. She is ready and willing to expend herself and sometimes, too willing to do so. We are believing for a true weekly rest day.

We give all the glory for what the Lord has done so far at KKV and salute Jim and Sue as we move on into 2018… Our 2018 motto at our local church is “Whatever it takes”. 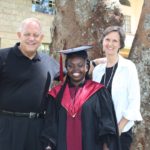 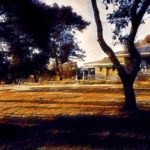