By Jon Stern
February 17, 2021
Today marks the 37th anniversary of the day we first arrived in Kenya to begin our journey of a lifetime. Molly will also add some thoughts from the trip that started on Valentines Day when we flew out of Chicago O’hare to begin our mission to Kenya.
Jon: As for me, I will start with Thursday night, the 16th. We boarded our Amsterdam to Nairobi flight (I was especially excited for the chance to sit in the upper deck of the KLM Boeing 747). As we rumbled down the runway, I sensed that something wasn’t quite right. Growing up on the mission field, I was not new to the rush of jet airline take off’s and something was different. It seemed to take forever to get off the runway. We finally got airborne and all seemed well, except for the fact that we didn’t seem to settle into the normal flight routines of gaining altitude and leveling off, turning the fasten seatbelts signs off…   Instead, we started a pattern of circling… I told Molly, “There is something wrong with the plane.” After about 20 minutes of silence from the cockpit, the pilot finally addressed us and confirmed that there was in fact a problem. We had lost power in one of the four engines on take-off and were now circling out over the North Sea to jettison enough fuel so that landing would not become anemergency because of the weight of full fuel tanks. I’m thinking, “No wonder it took so much runway to get airborne.” and “Amazing designed plane that is able to take off fully loaded on three engines.” After about 45 minutes we landed safely again at Amsterdam’s airport where we we”re all ushered off the plane and into a small passenger lounge. It was almost 1AM and we had to wait another three hours while they brought another plane around and transferred  cargo and food supplies for the journey. One thing that I will never forget was the terrible pall of cigarette smoke in that waiting lounge. This was the day before smoke free airports and flights… All the smokers were in the same small space as us non-smokers. It did nothing for the flu symptoms Molly and I had been suffering for the past two days… Finally, at about 4:30AM, we took off for Nairobi. 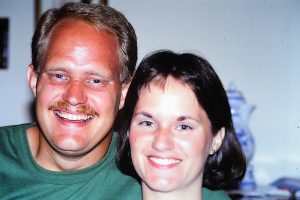 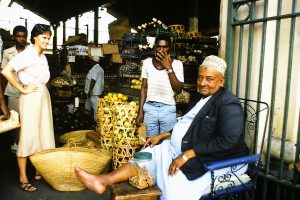 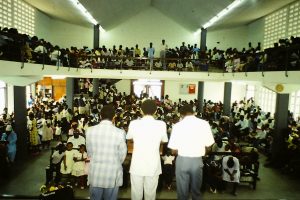 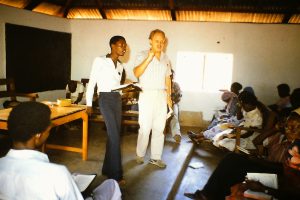 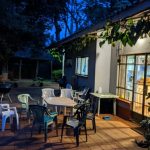